Article from NYPost.com by Priscilla DeGregory 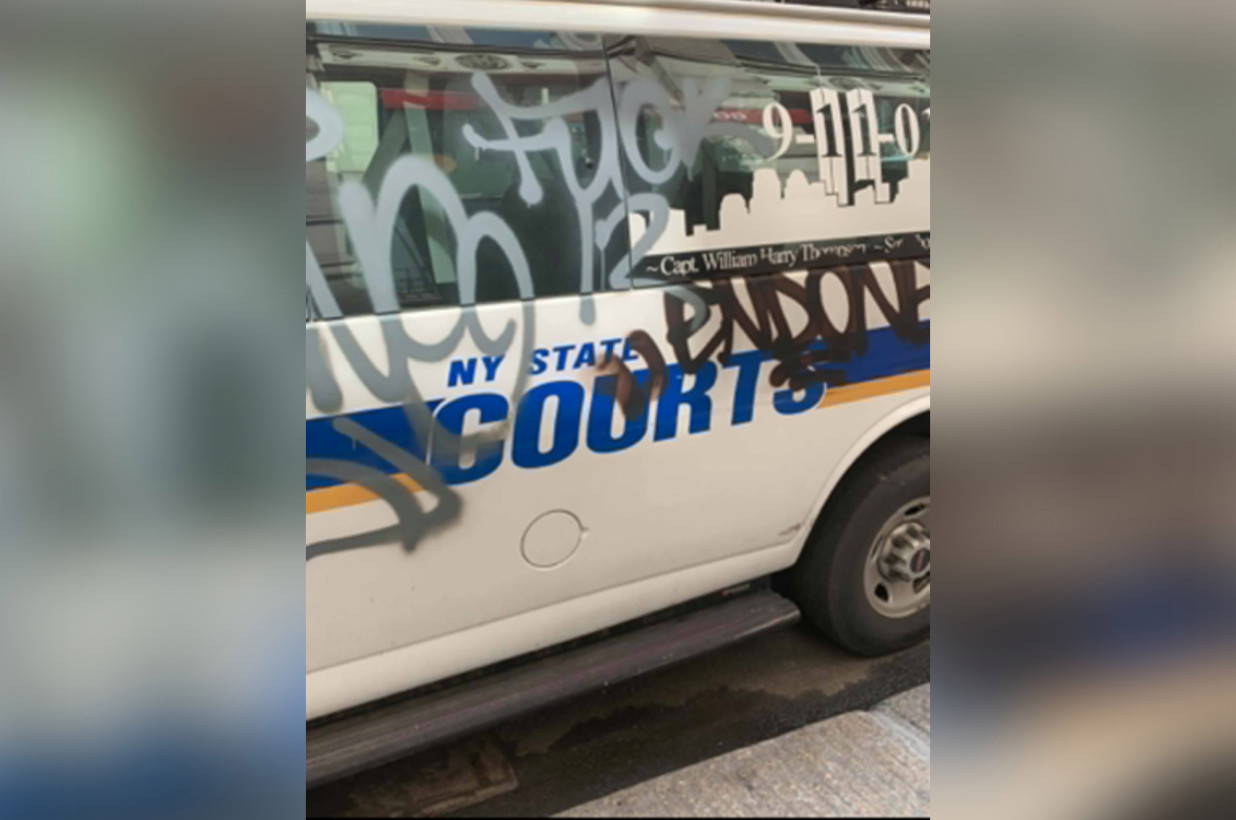 A van for Manhattan courts was vandalized Monday night while it was parked just a block away from a Family Court building, according to law enforcement sources.

The New York State Courts van was at Broadway and White Street when it was hit late at night with graffiti, including the word “f–k,” which can be seen on one side of the vehicle, according to a source and a photo obtained by The Post.

Union President Patrick Cullen of the New York State Supreme Court Officers Association said he blames patrol cutbacks around the courthouses, which used to be round-the-clock year-round. Now there are fewer officers carrying out these patrols, which are only conducted during business hours.

“The face of law and order in the city is being left unsupervised and it’s shameful because it shows a deep level of disrespect,” Cullen said.

“If it’s vans today, it’s buildings tomorrow … We are trying to protect these buildings,” Cullen said.

Lucian Chalfen, a spokesman for the Office of Court Administration, said the graffiti was cleaned off the van Wednesday morning.

“While the vandalism to the vehicle was reprehensible and sadly reflects the lack of respect that some have towards law enforcement today, it has been repaired,” Chalfen said.