Article from Bloomberg.com by Steven T. Dennis and William Selway 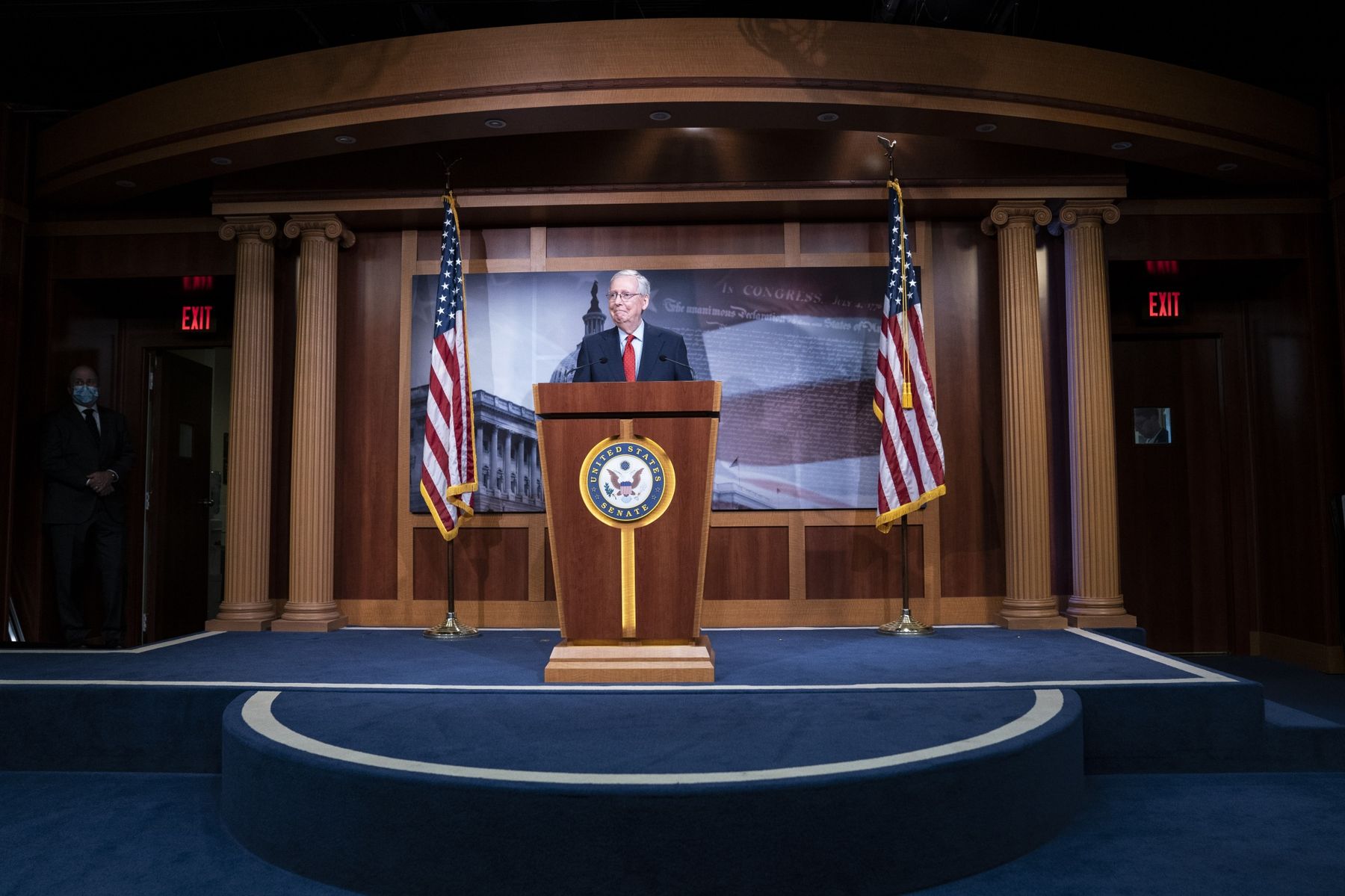 Senate Majority Leader Mitch McConnell said Wednesday he favors allowing states struggling with high public employee pension costs amid the burdens of the pandemic response to declare bankruptcy rather than giving them a federal bailout.

“I would certainly be in favor of allowing states to use the bankruptcy route,” he said Wednesday in response to a question on the syndicated Hugh Hewitt radio show. “It’s saved some cities, and there’s no good reason for it not to be available.”

The host cited California, Illinois and Connecticut as states that had given too much to public employee unions, and McConnell said he was reluctant to take on more debt for any rescue.

“You raised yourself the important issue of what states have done, many of them have done to themselves with their pension programs,” he said. “There’s not going to be any desire on the Republican side to bail out state pensions by borrowing money from future generations.”

New Jersey Governor Phil Murphy, a Democrat, said he was stunned by McConnell’s comments, which he called “completely and utterly irresponsible.”

“He’s dead wrong. You have my word we won’t go bankrupt,” he said. Without cash to states, Murphy said, governors will be forced to “gut the living daylights out of every state of America,” slashing budgets and eliminating the services people need.

New York Mayor Bill de Blasio, also a Democrat, tweeted that McConnell “wants police officers to lose their jobs. He wants firefighters to go broke. He wants hospitals to close and sick people thrown out on the street.”

McConnell’s statements also set up a conflict with House Speaker Nancy Pelosi, who said on Bloomberg Television Wednesday that a “major package” of aid for state and local government will be in the next stimulus legislation considered by Congress.

McConnell may also find himself in conflict with President Donald Trump. The president said Tuesday after meeting with New York Governor Andrew Cuomo that states will need assistance. “And I think most Republicans agree too, and Democrats,” Trump said. “And that’s part of phase four.”

McConnell, a Kentucky Republican, said he blocked additional state and local aid in the latest relief package, which passed the Senate Tuesday and is set for a vote Thursday in the House.

“I said yesterday we’re going to push the pause button here, because I think this whole business of additional assistance for state and local governments needs to be thoroughly evaluated,” McConnell added.

Later, on Fox News, McConnell said that any state or local aid must be specifically linked to the pandemic and shouldn’t be viewed as an opportunity for “revenue replacement.”

The idea of allowing states to file for bankruptcy was raised in the wake of the last recession. It drew widespread disdain from Wall Street investors, public employee unions and both Republican and Democratic governors, who said it would unsettle the bond market and cause even the most fiscally sound states to face higher interest rates because of the risk the debt could be wiped out in court.

It was also criticized by U.S. lawmakers of both parties during a House hearing that was convened to discuss it in 2011 and was swiftly dropped.

The idea has fans, however, including David Skeel, a professor at the University of Pennsylvania’s Carey Law School and a member of Puerto Rico’s financial oversight board.

Skeel said bankruptcy “provides a way to distribute the sacrifice so that it’s shared by all constituencies.”

Others say it would violate the federalist system and the sovereignty of states set forth in the Constitution if they were allowed to pursue bankruptcy protection in federal court, where a judge and Congress could hold sway over a state’s fiscal affairs.

The National Governors Association has said states and municipalities will need at least $500 billion in aid to deal with the crisis caused by the coronavirus pandemic as tax revenue falls and demand for services escalates.

McConnell said there should be a “fulsome” discussion among all Republican senators on whether and how to send more aid to state and local governments and what that money should be spent on.

That will be one of the focuses for the next round of stimulus spending that Congress will be taking up, and McConnell’s reluctance signals that negotiation could be the most difficult one so far.

No state has defaulted on its debts since the Great Depression, and even after the last recession, only a handful of cities went bankrupt because governments have broad ability to raise taxes.

Lee Saunders, president of the American Federation of State, County and Municipal Employees, said most states don’t need to restructure their debt.

“Rather, they are suffering unprecedented revenue loss due to the shutdown of our economy just like so many businesses in the private sector,” Saunders said. “The money they need now is to maintain vital life-saving services provided by front-line workers in the face of the most dire public health emergency in a century.”

The current economic contraction may leave states facing an even worse fiscal crisis than they did a decade ago, which has prompted growing calls for Congress to help them make up for the taxes lost by the nationwide shutdown.

The bond market, however, doesn’t appear to be pricing in much risk of defaults. While prices tumbled during a panicked sell-off last month, they’ve since rebounded, with returns roughly flat for the year.