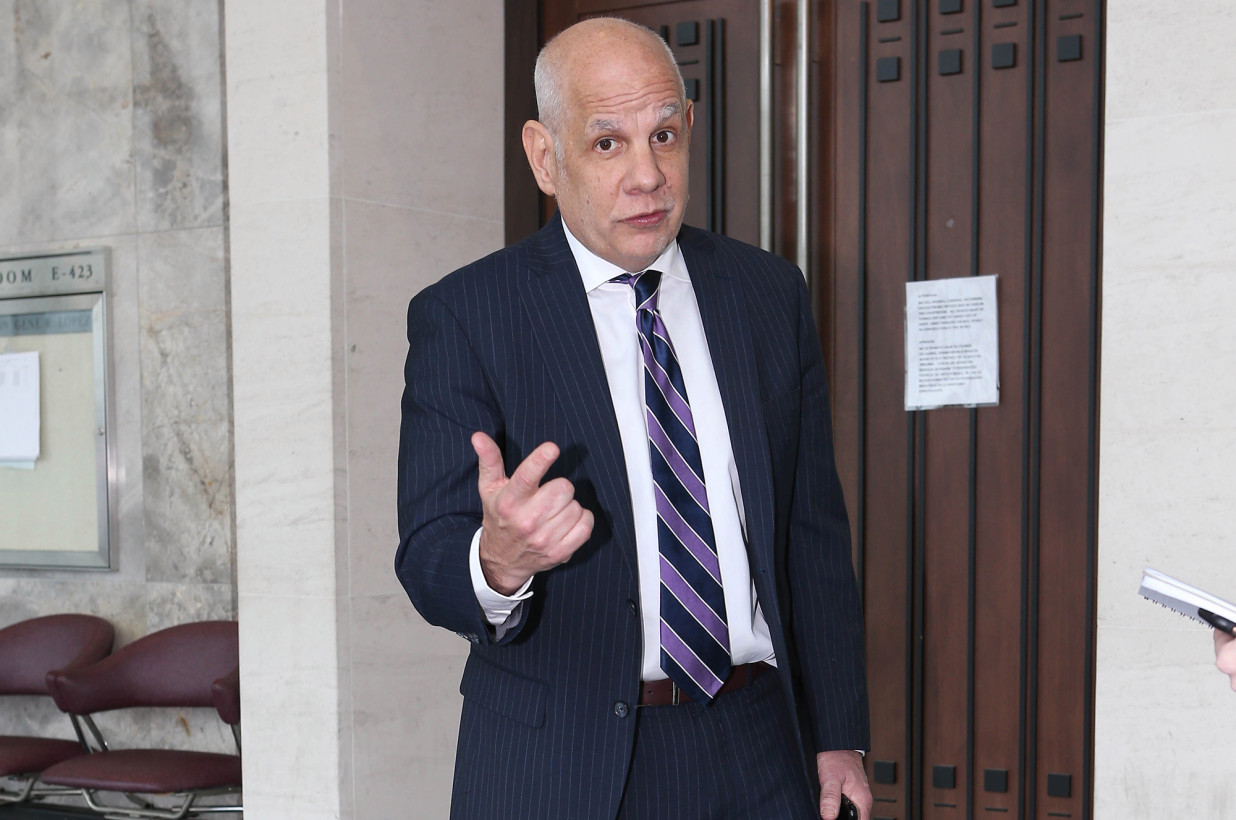 A Queens man accused of illegal weapons possession called out sick at his trial last week — so he could intimidate the jury foreman, law-enforcement sources told The Post.

When defendant Derek Sargeant begged off his Jan. 24 appearance in Queens Supreme Court, Judge Gene Lopez cut the panel loose from its deliberations for the day, sources said.

The jury foreman went home — and found Sargeant, who was out on bail throughout the trial, camped out on his stoop, according to sources.

The suspect was dressed in a hat and glasses, which he doesn’t wear in court.

Sargeant, 53, then shoved a handful of paperwork on the case into the juror’s hands and insisted that he was “innocent” and “being extorted,” the foreman claimed in court documents reviewed by The Post.

When the juror demanded to know how Sargeant tracked him down, the suspect simply replied, “Public records,” according to the account.

“You are going to find me not guilty,” Sargeant chillingly added before walking off, sources said.

The spooked juror hurried inside and immediately called the court.

Officials are looking into how Sargeant found the foreman. But state Supreme Court Officers Association union head Patrick Cullen said the incident at least partly stemmed from the fact that up until a few years ago, jurors in criminal cases used to be automatically sequestered during deliberations, while they are now typically cut loose.

The next day, Sargeant was hauled into court on a bench warrant, had his bail revoked and was charged with jury tampering.

Lopez also removed the foreman from the jury. But rather than declare a mistrial, he ordered the deliberations to continue with an 11-person panel.

That ruling drew flak from Sargeant’s lawyer, who argued that it might encourage defendants facing long odds to risk the misdemeanor and intimidate jurors in a Hail Mary bid at tipping the scales of justice.

“It will spread like wildfire,” said defense lawyer Jorge Santos. “If things are not going well . . . why not go to his house?”

The Queens DA’s Office said it will weigh pursuing the tampering case against Sargeant after his weapons trial is resolved.