Article from The Chief By RICHARD KHAVKINE

With a number of his members incurring unexpected medical bills for services related to treatment or testing for the coronavirus, the president of the Supreme Court Officers Association, Patrick Cullen, is urging congressional leaders to pass legislation that would prevent insurance companies from continuing the practice.

Although both the House and Senate are set to consider several bills dealing with so-called surprise medical billing, Mr. Cullen said much of the legislation lacks teeth.

“Basically, loopholes exist for health-care corporations to bill patients for surprise out-of-network health care,” he said, with any benefits included as part of collective-bargaining agreements getting compromised by insurance companies that prioritize profits. 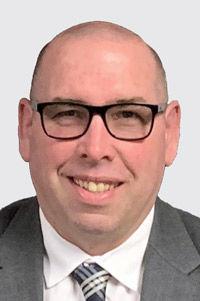 In an April 28 letter to congressional leaders, including House Speaker Nancy Pelosi (D-California) and Senate Majority Leader Mitch McConnell (R-Kentucky), Mr. Cullen said current legislation, which could be voted in the coming days or weeks, falls short of providing adequate financial protections to people who fall ill or need to find a doctor or medical help fast.

Surprise billing happens when patients get treatment, typically emergency care, from physicians outside their insurance networks.

“When insurance companies continually squeeze patients by restricting coverage of crucial medical care, those hard-earned health benefits are diminished and both the physical and the financial health of working families are jeopardized,” he wrote legislators. “Congress has made curbing this practice a priority, but current proposals protect insurer profits rather than requiring them to provide adequate in-network coverage.”

Since 2015, New York State residents have been protected from most surprise billings, including for emergency services. Mr. Cullen wants stronger protections. “If they can find a way to circumvent local legislation, they certainly will,” he said of insurance companies.

As doctors and hospitals nationwide have argued, Mr. Cullen in his letter said the several pieces of legislation being considered by Congress “are not serious attempts to fix this problem.”

But with potentially billions of dollars at stake—health-care spending in this country totals more than $3.5 trillion annually, or about $11,000 per person—private-equity firms, insurers and other interest groups form a formidable coalition when it comes to medical-industry legislation.

Although one proposal making its way through Congress would remove patients from billing disputes arising from out-of-network costs, the upshot could well be higher insurance premiums. According to The Hill, the bipartisan legislation, which could form part of a coronavirus stimulus package, includes stipulations favored by insurers rather than provisions favored by doctors and hospitals.

That legislation, Mr. Cullen said, falls woefully short, and he called on lawmakers to rework it.

“We’re basically asking them to prioritize the public over corporate interests and profits,” he said, particularly as the medical fallout from the coronavirus has yet to be fully felt.

“We are still very unsure of the future implications of COVID-19,” he said. “If we’re getting squeezed prior to this health-care emergency…that makes it even more important.”

The issue, while significant, has received too little attention, he said. “Every elected official should have this on their radar,” he said.

“I’m hopeful this can become a coalition effort,” he said. “The desired outcome is for it to become something that is part of the national conversation.”