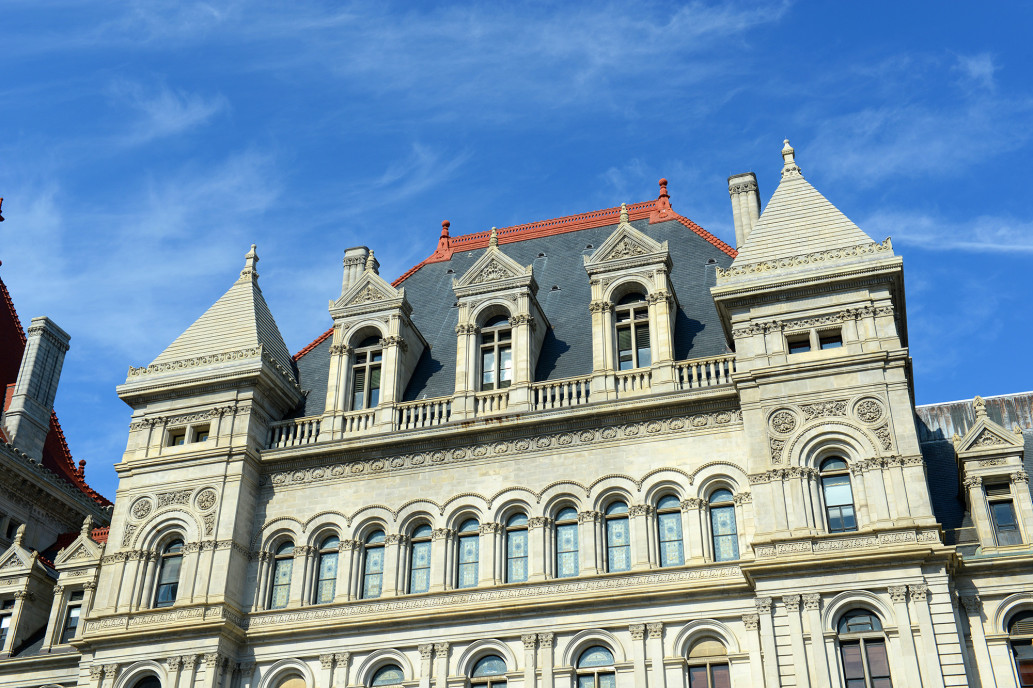 More evidence of the anti-union and anti-public employee sentiment that the SCOA Executive Board continues to battle every day.  Many of these bills are of the highest priority to all Court Officers and we will continue to fiercely advocate for them and the support they will provide to all of us.  We thank Assemblyman Peter Abbate for his never ending support on these issues and the many others which aid and protect public employees in New York. Your engagement with your local lawmaker is greatly encouraged on this matter.

Article from NYPost.com By Carl Campanile

It’s an election year for all state lawmakers and Albany is looking to deliver the pension pork to their union pals.

There are 119 pension-and-benefit sweetener bills under consideration for public-employee union workers and retirees, and they would cost taxpayers more than $349 million.

And that’s likely a low-ball estimate, because two-thirds of the measures did not include a cost, according to the Citizens Budget Commission, a government- watchdog group.

“All of these bills should be rejected as they would increase taxpayers’ liabilities without improving services. It’s pension pork,” said CBC’s state director David Friedfel.

Abbate, chairman of the Assembly Committee on Public Employees, defended the efforts to boost compensation for workers and retirees.

“These are the people who keep the state running. We have to take care of them,” he said.

But Abbate admitted some of the bills are too costly to implement this year. In particular, he said the early retirement bills, the cost-of-living increases and the pension sweeteners for judges are too expensive to be passed in 2018.

But he added that passing bills to make it easier for court officers and environmental and campus cops to qualify for three-quarters disability pensions remains a high priority.

“These people are on the front lines,” Abbate said.