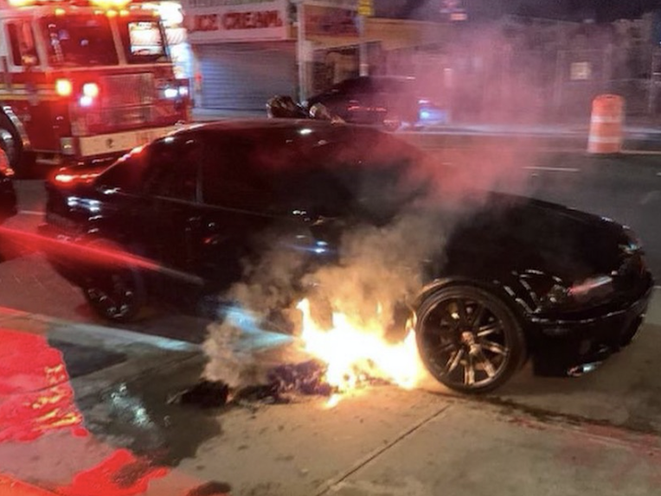 The NYPD’s largest union is warning its members to inspect their personal vehicles for “sabotage,” after three officers’ cars, each of them displaying a police placard or parked illegally, were vandalized in recent days.

On Tuesday night, an officer’s empty BMW was set on fire near Luna Park in Coney Island, as the officer was patrolling the nearby transit district, according to police and the union. No one was hurt, and the perpetrator is still at large.

In a message to union members on Wednesday, Police Benevolent Association President Pat Lynch suggested that the vehicle’s NYPD parking placard may have attracted attention, citing the “ongoing threat of sabotage against our personal and Department vehicles.” 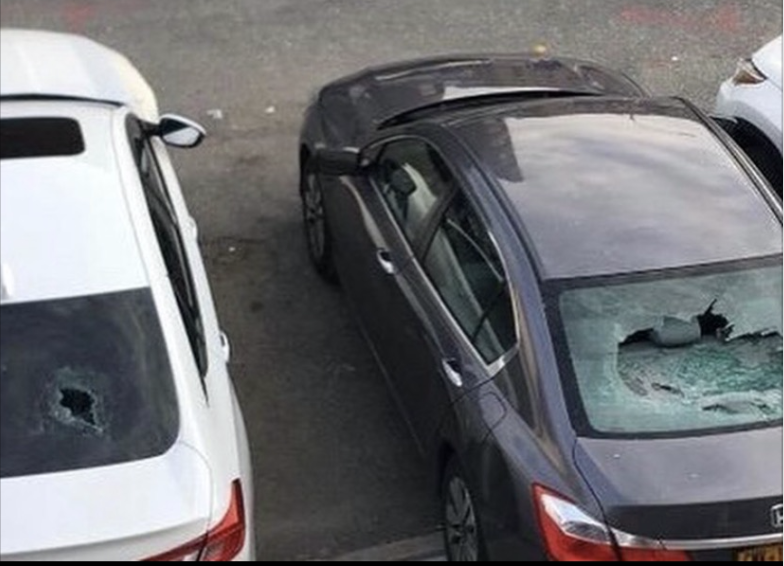 The damaged vehicles outside the NYPD’s 90th precinct PBA

The next morning, just before 7 a.m., 28-year-old Luis Ruiz was arrested for smashing the back windshields of two vehicles parked outside the 90th precinct in Williamsburg, police said. The vehicles belonged to NYPD officers, according to the PBA.

Photos show that both of the cars were parked illegally on the sidewalk — a rampant practice outside precincts across the city. An NYPD van was also vandalized with the message: “You win some you lose some,” according to the union.

“All members are advised to take additional precautions when parking their personal vehicles: park as close to the command as possible in a well-lit, high traffic area with camera coverage,” Lynch wrote to members. “Before entering any Department or personal vehicle, carefully inspect it for any potential sabotage.”

Inquiries to the union were not immediately returned.

“We are working in an an extremely dangerous environment,” Lynch added in his message to the rank-and-file. “The greatest safety measure we have is each other.”