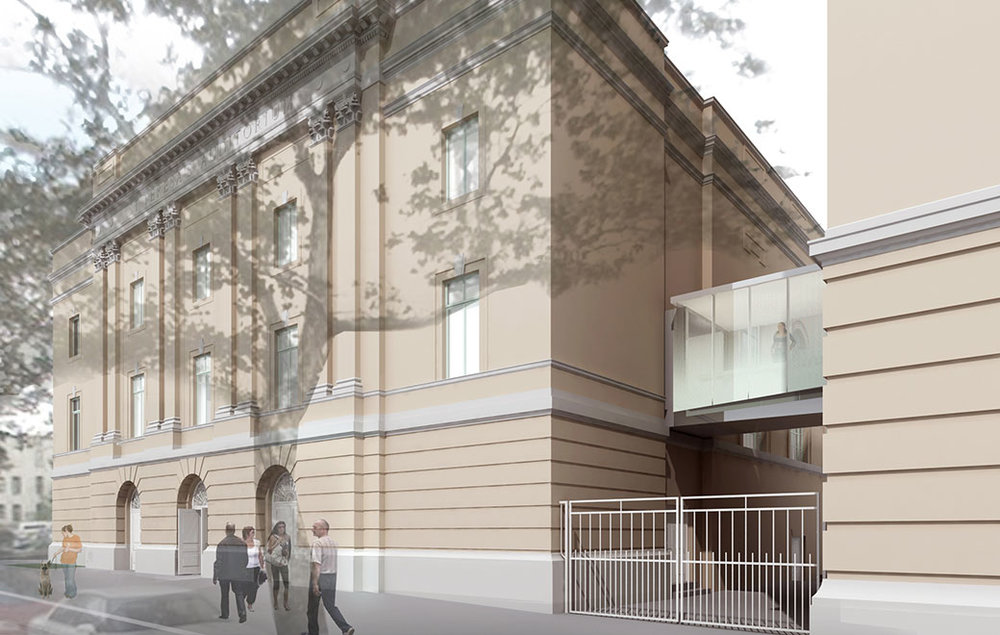 THE EXTERIOR OF THE COURT OFFICERS TRAINING ACADEMY, WHICH WILL OPEN CROWN HEIGHTS BY 2019. RENDERINGS COURTESY OF MITCHELL GIURGOLA.

New York court officers are getting a new training center, built to honor those who made the ultimate sacrifice on September 11, 2001.

Chief Judge Janet DiFiore and Chief Administrative Judge Lawrence K. Marks will join court and local leaders on Monday at 11 a.m. to unveil a new, state-of-the-art training facility dedicated to the memories of three heroic court officers who lost their lives in the World Trade Center rescue efforts on 9/11.

Thompson was 57 when he was killed while attempting to rescue victims who had been trapped immediately following the World Trade Center attacks. For 27 years, Thompson had worked at the New York State Office of Court Administration and also served as an instructor at the Court Officers Academy.

Jurgens, a U.S. Army veteran, was 27 when he was also killed attempting to rescue victims of the World Trade Center attacks. He had been employed by the New York State Office of Court Administration for three years.

Wallace, who was 34, had been assigned to the Supreme Court for just three months. He had worked at the New York State Office of Court Administration for years before September 11.