The endorsement from Lippman, who served as chief judge of the Court of Appeals from 2009 until reaching mandatory retirement age in 2015, for Lancman comes just a few days after the New State Supreme Court Officers Association endorsed retired state Supreme Court Justice Gregory Lasak for the office.

Article from Law.com By Andrew Denney 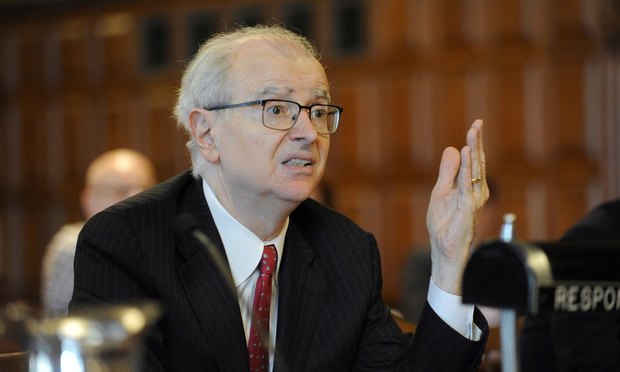 In one of the first high-profile endorsements for candidates seeking to succeed Queens District Attorney Richard Brown, who is not seeking re-election this year, former Chief Judge Jonathan Lippman has put his support behind City Councilman Rory Lancman.

Lancman is part of growing field of candidates running in what is shaping up to be a change election for the Queens District Attorney’s Office, which has been under Brown’s leadership since 1991: each has pledged to bring some measure of progressive reform to the office, such as eliminating cash bail and taking a lighter approach to low-level offenses.

The Lancman endorsement from Lippman, who served as chief judge of the Court of Appeals from 2009 until reaching mandatory retirement age in 2015, comes just a few days after the New State Supreme Court Officers Association endorsed retired state Supreme Court Justice Gregory Lasak for the office.

Others who have declared their candidacy for the office include Tiffany Caban, a career public defender who works with New York County Defender Services; Queens Borough President Melinda Katz; Mina Malik, a former Queens prosecutor who works for the Office of the Attorney General for the District of Columbia; and Jose Nieves, a prosecutor with the New York Attorney General’s Office.

In explaining his decision to support Lancman, Lippman, who chairs a blue-ribbon committee that recommended closing the jail complex on Rikers Island, cited Lancman’s record of advocacy for reforms to the city’s criminal justice system, including closing Rikers and reducing cash bail.

“This is about justice, this isn’t about case in, case out,” Lippman said. “This is about looking at human beings and making sure that everyone is treated with humanity, dignity and respect.” As for Lasak, the court officers association issued a statement in which Patrick Cullen, president of the association, said that the former judge is the only candidate who will be “ready on day one.”

“Our members have found him to be the consummate public servant who puts the interests of Queens residents ahead of all else,” Cullen said.