Article from The Chief By RICHARD KHAVKINE 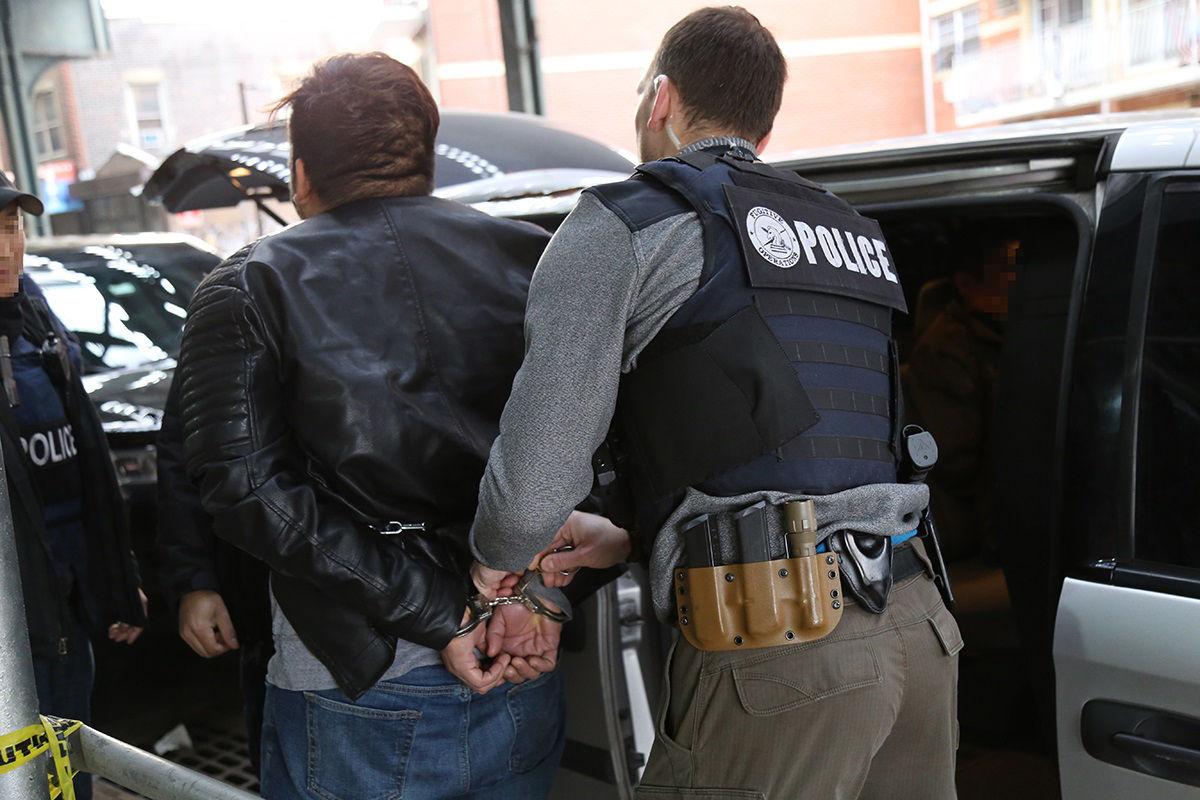 A recent report by an immigrant-rights organization concluded that U.S. Immigration and Customs Enforcement has substantially increased arrests of undocumented immigrants in and around New York State courts in the last two years.

Both enforcement and surveillance within state courts by ICE agents have risen dramatically since 2016, with arrests climbing from 11 in 2016 to 177 last year after first spiking in 2017, according to the report, issued late last month by the city-based Immigrant Defense Project. The increase is indicative of the robust enforcement efforts undertaken by the Trump Administration, it said.

The majority of those arrests—127—were in New York City.

“ICE agents pursued New Yorkers in a broader range of courts—conducting operations in civil and criminal courts and in courts designed to be rehabilitative instead of punitive,” the report said. “All of these changes underline ICE’s increasing reliance on the state’s court system as a place to trap and detain immigrant New Yorkers.”

According to the IDP report, ICE officials are also increasingly using “aggressive surveillance” tactics, such as following lawyers or listening in on privileged attorney-client conversations.

On Jan. 30, Melissa Mark-Viverito, the former City Council Speaker and a candidate for Public Advocate, held a rally in Foley Square highlighting the report’s findings and calling on Chief Judge Janet DiFiore to ban ICE agents from the state’s courthouses.

“ICE agents are terrorizing immigrants, breaking up families, and undermining our justice system–enough is enough. With ICE in our courthouses, immigrants are intimidated and unwilling to come forward. Witnesses do not want to appear in court and victims of abuse cannot report their abusers. Our justice system should protect the vulnerable, not entrap them,” Ms. Mark-Viverito said in a statement.

As Council Speaker, Ms. Mark-Viverito was instrumental in the City Council’s passage of a bill in 2014 that effectively ended cooperation with Federal authorities with regard to undocumented immigrants within the city’s justice system.

But attempting to ban law enforcement, Federal or otherwise, from courthouses, could prove a sizeable challenge: Courts, with few exceptions, are public places. Nonetheless, the state court system and ICE agreed in 2017 to new policies that effectively curtailed ICE’s arrest powers within court facilities.

“We cannot ban outside law enforcement from a public courthouse. What we can do, and have done, as a direct result of our communications with ICE officials on the national and regional levels, is to have ICE issue a formalized policy regarding potential arrest situations in courthouses,” Lucian Chalfen, the chief spokesman for the state’s Unified Court System, said in an email.

Although the IDP report said “ICE operations in and around the courts continued to increase” last year, Mr. Chalfen said ICE officials were limiting their presence in courthouses to criminal proceedings. He said arrests inside court facilities, which must be recorded by state court officials, declined to 26 statewide last year from 54 in 2017, and in the city to 13 last year from 40 in 2017.

State lawmakers, however, are looking to further reduce ICE’s presence. A Senate bill sponsored by Sen. Brad Hoylman and its companion in the Assembly, sponsored by Assemblywoman Michaelle Solages, would oblige “non-local law-enforcement personnel” to secure a warrant or order from a judge before arresting anyone on civil charges who is attending a court proceeding. ICE arrests are most often done through so-called administrative warrants, issued by ICE itself, which are issued for civil, immigration-related offenses and not criminal transgressions.

The legislation, entitled the “Protect Our Courts Act,” is currently in committee in both houses.

Alluding to a recent report that Court Officers actively tip off ICE on immigration-related violations, he said state Court Officers do not cooperate to that extent with Federal authorities. “Court officers don’t make phone calls and alert ICE agents,” he said during a phone interview Jan. 30. “Officers do not proactively or prospectively alert anyone.”

An ICE representative did not respond to a series of questions about arrest protocols in and around courthouses.

Patrick Cullen, the president of the New York State Supreme Court Officers Association, said Court Officers’ cooperation with ICE agents is part and parcel of Court Officers’ duties only to the extent of providing defendants’ court-appearance information, as they do for other law-enforcement agencies.

But he emphasized that Court Officers’ primary responsibility was to safeguard court officials and the public. Part of that obligation is to ensure that law-enforcement personnel, including ICE agents, have the requisite paperwork, including warrants.

“Our agency has put in place a protocol where we’re asking ICE agents to let us know why they’re there and what they’re doing there and whether they have a warrant,” Mr. Cullen said. Court Officers always inform the judge of the presence of policing agencies and their reason for being in court, including if they are there to make an arrest and with what type of warrant, he said.

“We take no stance on whether someone should or shouldn’t be taken into custody,” he said.