Court officers told not to interfere with immigration agents 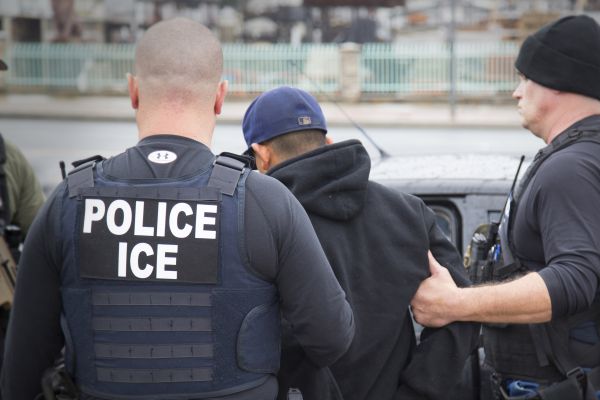 Article from NYPOST.COM by Julia Marsh and Bruce Golding

Court officers have been told not to tangle with federal immigration agents — unlike the NYPD cops who are under orders to keep the feds off schools grounds unless they have an “valid” warrant, The Post has learned.

A directive from the court officers union says “that under no circumstances should Court Officers interfere in the administration of duties of any law enforcement agency in and around New York State Courthouses. This includes officers from the United States Immigration and Customs Enforcement (ICE).”

“We have a long standing cooperation with fellow law enforcement officers from around New York City and the nation and that shall continue,” Supreme Court Officers Association President Patrick Cullen wrote.

“Any assistance rendered to law enforcement officers on or off duty should be reported immediately to the Union’s Executive Board, as should be the efforts of any individual in the contrary.”

On Tuesday, the NYPD circulated a memo ordering cops to enforce Mayor de Blasio’s policy that prohibits outside law-enforcers — including from ICE and the FBI — from entering city schools until after police lawyers determine they have a legitimate warrant.

Cullen told The Post that he sent his memo “in response to the mayor’s dictum that city schools should be treated as sanctuary spaces,” which he called “misguided.”

“I think Mayor de Blasio is letting politics get in the way of the adminIstration of justice if he continues to press this issue,” he added.

ICE policy currently bars agents from schools, hospitals and houses of worship absent “exigent circumstances” or a supervisor’s OK, and de Blasio has admitted that no school has ever been raided by immigration officials.