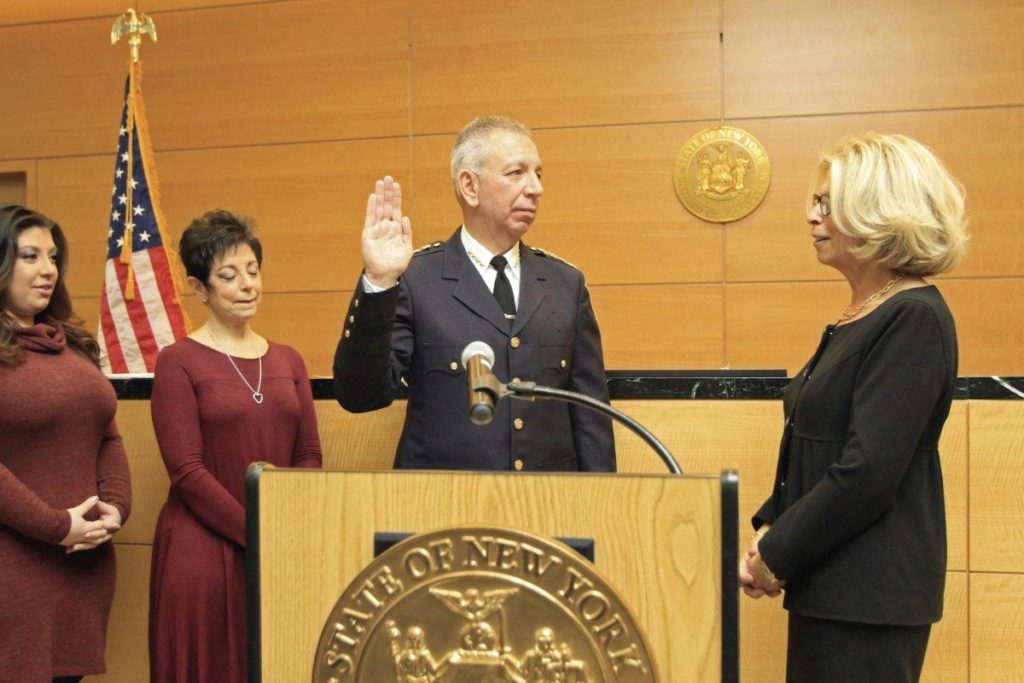 A veteran Brooklyn court officer who’s dedicated his life to protecting the public was promoted to head of public safety for the state’s court system.

He was sworn in by Chief Judge Janet DiFiore to manage the Department of Public Safety, which oversees the delivery of court security services to the 350 courthouses throughout New York.

An emotional Magliano dedicated the ceremony to his late mother, whom he called his “driving force” thanks to her faith in God.

Magliano, 53, has steadily risen through the ranks of the state’s court system since 1983. The Brooklyn native has served as commanding officer of Brooklyn Supreme Court’s Criminal Division and, most recently, as chief of citywide operations.